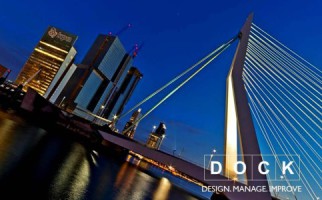 The IT Skeptic has seen paperwork today that appears to confirm big news for ITIL. Yes folks, we believe Axelos has sold ITIL® to a consortium of independent ITSM consultants.

Our spy within the consortium said “We had nowhere else to go really. With the announcement of the ACP and the APC, it would have been uneconomic for freelance consultants such as us to continue otherwise. We will be changing the rules of the APC, um I mean the ACP, or… whichever, we will be changing the rules so that a flat fee of a hundred pounds a year gives a license to use the trademark and content.

“It made sense for Axelos as well. With falling ITIL exam revenues, nobody willing to call themselves an ITIL consultant anyway, and facing the prospect of an expensive ITIL Version 4 to assimilate DevOps, Axelos had to get out. They have been positioning ITIL for sale for some time. Why else do you think they announced the ACP and APC, and the Practitioner certification? They’re sweeteners to try to make it saleable, because it was of course a dead dog beforehand.”

When asked what the Cabinet Office’s role was in the deal, our informant said “They’re livid. But with Capita holding a controlling 51% share there isn’t a damn thing they can do to stop it”.

Word is that there wasn’t any competition to the consortium’s offer even with the “lick of paint” provided with the new programmes. Nobody else is mug enough to take on the “dead dog” of an aging framework that long since jumped the shark, or the hype curve, in a changing IT world that appears to be rejecting frameworks of any sort, and evolving from process-orientation to people-centric cultural transformation. Even itSMF won’t touch it.

The IT Skeptic is well aware that today is April 1st, but I doubt that this is a hoax. I learnt my lesson after the notorious Julie Linden scam. Sure the tip is anonymous and the papers are unsigned, but sometimes you just have to put aside your skepticism, especially on April 1.

via Axelos selling ITIL? | The IT Skeptic.