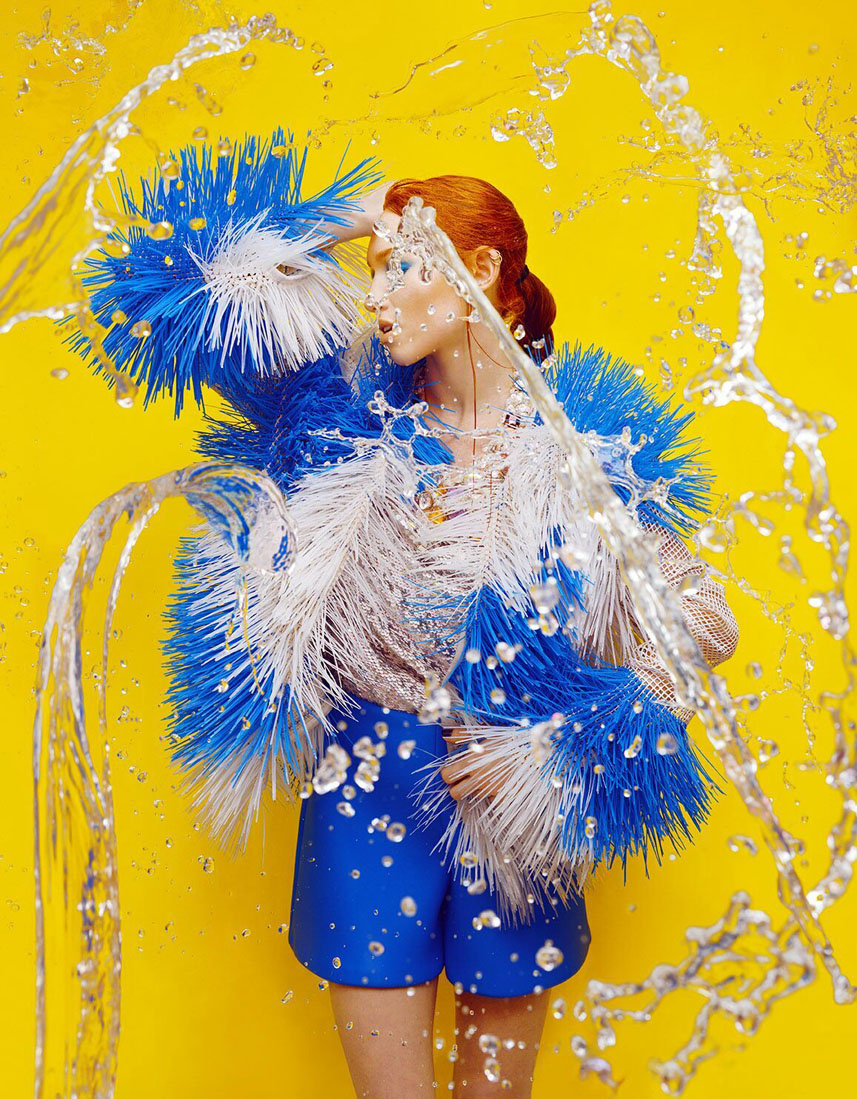 Exhibiting works by world-renowned fashion photographers including Mario Testino, David Lachapelle, Paul Solomons and Gerard Rancinan, among others, Raw Footage explores the evolution of fashion photography from the selling of a garment to the manufacturing of an idealized reality.The use of photography as an advertising tool saw a rise in popularity in the 20th century, when fashion itself became accessible to a wider audience. After WWII it began to integrate glamorous, care-free models that exuded charm to better suit the war-weary society. No longer focusing solely on the clothing, these models became vendors of an untroubled lifestyle that foresaw the rise of model and, later, celebrity idolization in fashion photography.The early 2000s saw the boundaries between commercial and artistic photography becoming even more blurred, with photographers such as Mario Testino and David Lachapelle portraying a glittery type of flawlessness. Their photographs were as much about high fashion as they were about the unrealistic standards it imitates, using the medium as acathartic escape into an idealized and knowingly unattainable type of beauty.While historically portraiture was used as a way to record and document our existence, fashion photography and its incorporation of the celebrity have become tools to define our contemporary aesthetic, consumer mentality and collective creativity. By presenting a garment or lifestyle as a commercial product, fashion photographers and their collaborators – designers, stylists, models and viewers alike – adopt the highest level of credibility as disseminators of a moment in cultural history.EXHIBITING ARTISTSFrederic Aranda, Vincent Peters, Paul Solomons, Simon Emmett, Nicolas Guerin, Mario Testino,Douglas Kirkland, Gerard Rancinan, David LaChapelle, Flore Zoe, Gavin Bond,Greg Williams, Tony Kelly